It’s been a short while since I last wrote about the air pollution in our District. Residents will do well to remember that when we discuss air pollution there are two types that are often referred to. One being Nitrogen Dioxide NOx (car emissions etc) and the other being Particle Matter PM2.5 (that fine dust)

Now the British Lung Foundation has found that

2,220 GP practices are in areas where air pollution is above the World Health Organisation’s limit for fine particulate matter (PM2.5)

They have published an interactive map on their website which shows that here in Rayleigh, two of our doctors surgeries, Audley Mills and William Harvey. The British Lung Foundation reports that these doctors surgery’s exceed the World Health Organisations levels for PM2.5 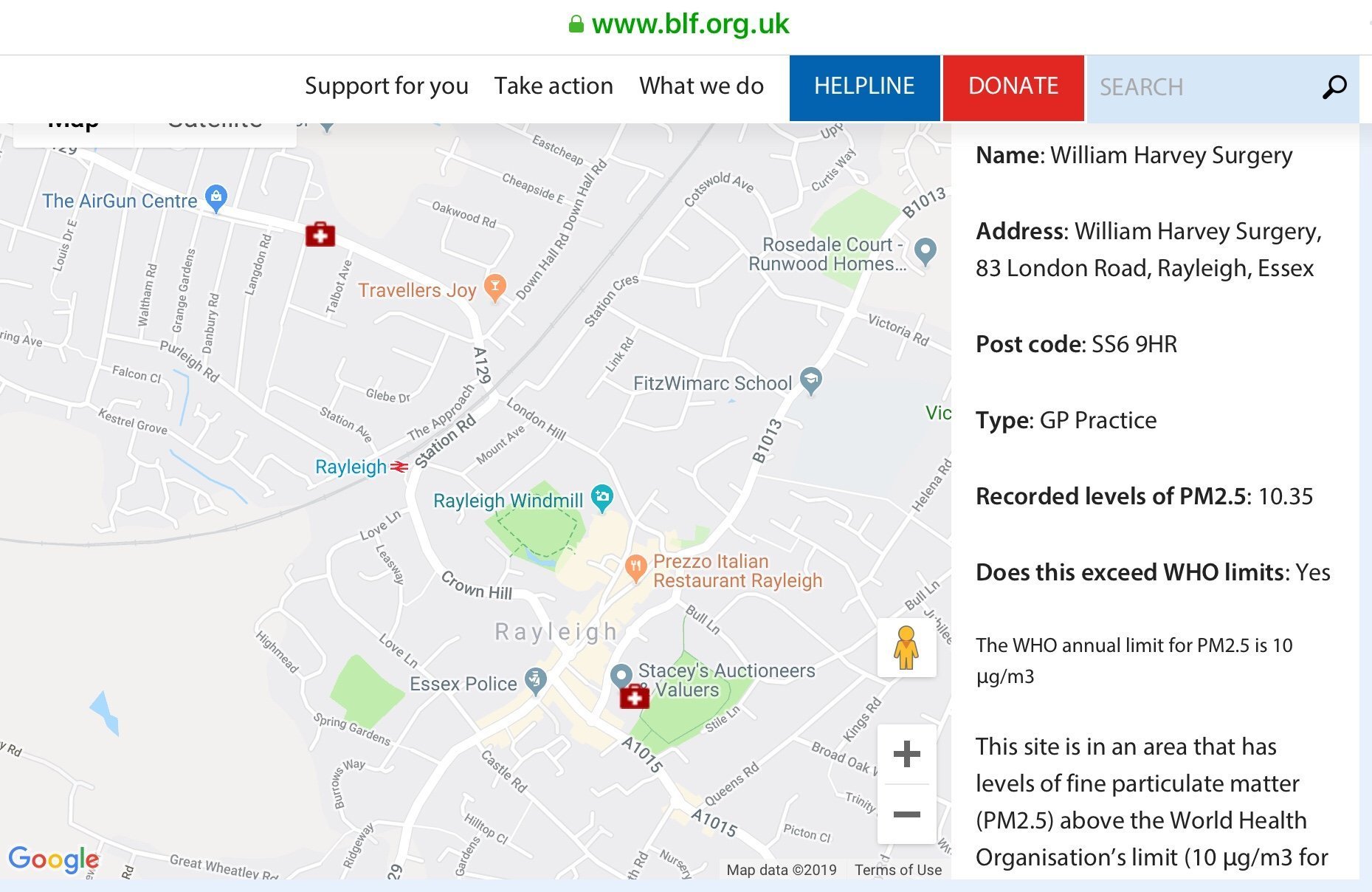 This site is in an area that has levels of fine particulate matter (PM2.5) above the World Health Organisation’s limit (10 μg/m3 for the annual average). The model used to work this out looks at background levels. It doesn’t take into account road-side concentrations and represents an annual average. As such, this site can experience higher levels than what is indicated on the map. 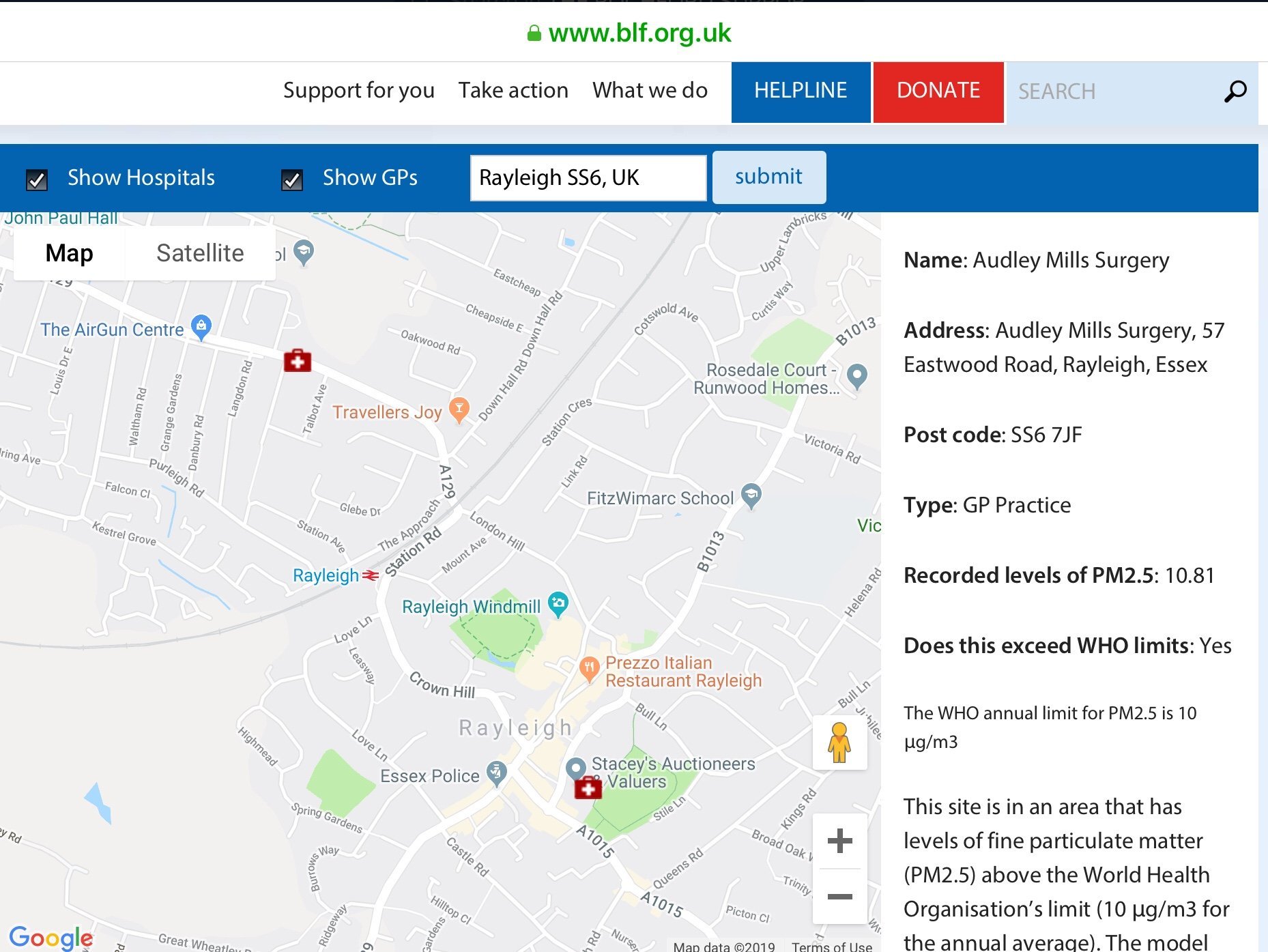 We have previously begged, pleaded and grovelled for more air pollution monitoring to be carried out by Rochford District Council, but they simply refuse and say its unjustified as an officer doesn’t believe it is necessary. They are happy to do the bare minimum (often referred to as the statutory requirement). Our own previous air pollution independent air quality testing was quickly ‘thrown away’ by officers at Rochford District Council. Now the skeptic in me says in the coming days Rochford District Council will release a press statement saying that it ‘marginally exceeds’ the limits and that ‘Rochford District Council continues to improve it’s air quality by introducing a number of initiatives such as electric vehicle charging points’ – I have a problem with this. There is a limit… and if we apply RDC’s reasonings to other limits that apply such as the speed limit or those that drink drive…. they could be arguing that those limits are not a ‘hard’ limit and we should let those people off! No there is a limit and they are breaching that limit and should be punished for breaking that limit!

One does wonder why a Council that claims to have residents at the heart of everything they do, is so reluctant to carry out more monitoring when the evidence is there from other organisations?

Unable To Charge Your Car But Be Prepared To Be Charged

It’s Armed Forces Day and I Salute You All!

Have You Been Paying More To Use The Town Centre Car Parks?

Food for thought perhaps in this article from 'inside housing' The UK’s housing crisis is not caused by a lack of supply and 300,000 new homes a year would not make a significant impact on house prices and rents, the Tony Blair Institute for Global Change has said. The thinktank, which published a report today written for the UK ...